The Makers of Behavior 100

John G. Hunt is an innovative visionary. He demonstrates his unique creative writing with the purposeful intent that readers examine the depths of their own character. Hunt’s writings span narrative landscapes, from the everyday urban and spilling into science fiction and the metaphysical.
The seeds of his creative and innovative writing were planted in childhood. J.G. Hunt is the eighth of thirteen children. Hunt was raised in a proud African-American family. His father, a mason/bricklayer in the steel mill was a trailblazer who fought aggressively to expose the racial injustices within the steel mill corporation that plagued black steelworkers. Through his efforts spanning over two decades, in the early 70’s, Hunt’s father was instrumental in winning a $7.3 million lawsuit against the steel mill industry. Hunt’s mother was a short story writer and a seamstress. Her love for books and reading imprinted in the minds of her children the importance of reading. Mr. and Mrs. Hunt taught their children the importance of education, self-worth, reading, good mannerism and character. Their overall goal was to infuse their children with the excellence that comes from being a well-adjusted, well-rounded and responsible adult.
After graduating from high school, J.G. Hunt enlisted in the United States Marine Corp. During his tenure in the Marines he toured over three hundred cities, nationally and internationally. While stationed in Japan, Hunt attended Los Metropolitan College in Okinawa studying the Eric Hawkins Methods of Movements in modern dance. Hunt alongside Joseph, his business partner, began to write plays and skits to augment into their fashion shows, which is where Hunt realized his passion for creative writing.
Upon his return to civilian life in his hometown of Gary, Indiana in the 90’s, Hunt developed several mentoring programs in Gary and also Indianapolis. Hunt was the President/Director of various community organizations which included: Leadership by Example, Steering Young Minds, Applications for Life and Amen (African-American Men) and was a member of the DADS (Dads Are Doing Something). Hunt worked two jobs, one as a substitute teacher and one as a prison guard at Westville Corrections facility. It was at this time that Hunt realized the students he taught in elementary through high school displayed very disturbing behaviors that mimicked the behaviors he witnessed in incarcerated offenders.
This spurred Hunt to extensively research the areas of reading and literature among African-American students. Hunt found that many African-American students (K- 12) were reading well-below their grade level. He found text books in inner-city and rural areas to lack interesting characters, be very limited in illustration, and to be culturally insensitive and thereby harder for learners to connect to.
In the year of 2008, J.G. Hunt started his own publishing company, TripGear Publishing, in an attempt to close the illiteracy gap among young African-Americans. TripGear Publishing is currently producing original art-rich books with a grand message of good character. Literature ranges from children’s books such as “Leo the Lion & the Ant and His Boyz”, to works of fiction for older audiences such as “The Chronicles of Jack” and “Blackenstein.” The common thread of each illustrated book is the lesson that there are consequences for one’s actions. J.G. Hunt’s vision is to create and distribute his books and art nationally and internationally to teach, inspire, uplift and motivate people across the globe to read and grow.
J. G. Hunt, is presently the President of TripGear LLC, a character education company which uses both art and literature to visualize for learners the many aspects of good character. TripGear’s methods encompass role playing, awards, and expansive curriculums that are custom-built around the needs of learners.
John G. Hunt lives in Indianapolis, IN. His character curriculums are implemented in Indianapolis Public Alternative Schools, Meridian Transition School, Marion County Juvenile Center, YMCA, and Goodwill. He is married to his wife, Dawnita. They have four sons.

“Remember: Saying the right word, to the right person, at the right time, can change that person right now.” J.G.H. 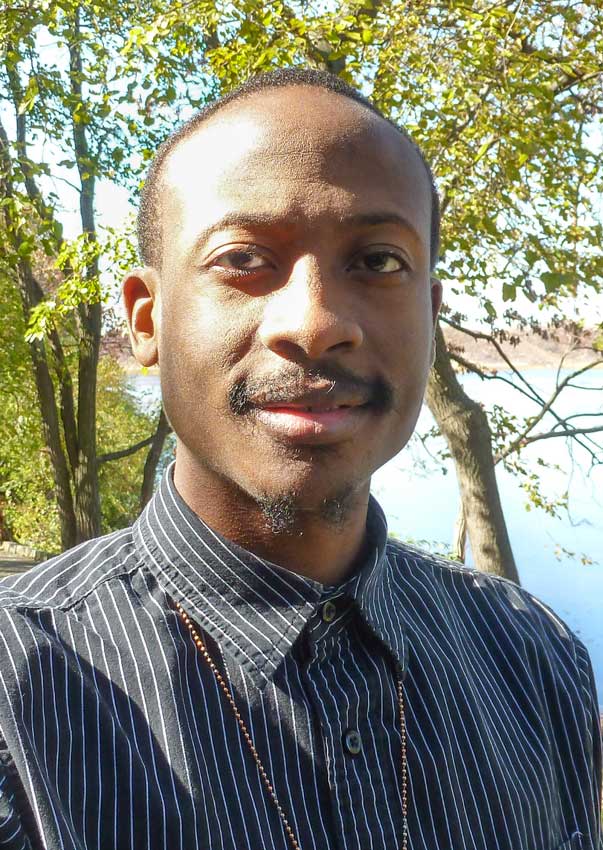 Upon exiting college with a Bachelors in Media Arts and Animation, Malachi was ever more conscious of the interconnection of art and culture throughout the globe. He saw a culture of confusion in which art with its potential for good, was often used as a vehicle veering against us, perpetuating confusion and obscuring moral clarity. Malachi felt compelled to create art that would inspire the viewer to explore truth rather than become lost in moral ambiguity.

As Vice President and Illustrator at TripGear, he integrates art and creativity into character building curriculms. Malachi's integration of art in TripGear's programs douse the viewer with new ideas and new worlds that are attainable when the right decisions are made in moral clarity and integrity to self and fellow man. 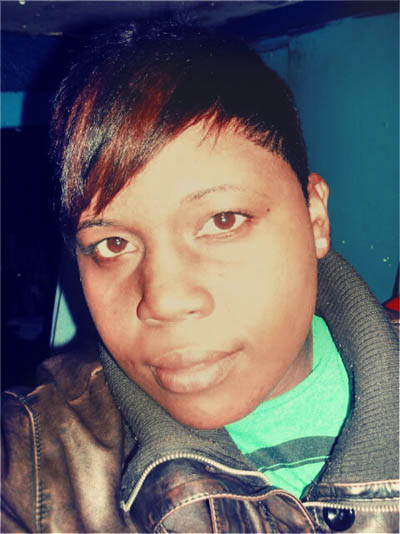 Tasha is an accomplished artist, born and raised in Indianapolis, Indiana. Throughout school Tasha was an exceptional drawer, but didn't think much of it. The decision to become a professional became apparent when she entered high school winning several art competitions. It was not until college that she was given the inspiration and free range to do what she wanted to. Tasha has since received a bachelor's degree in fine art from Herron School of Art and Design. Tasha considers herself a figurative expressionist, who integrates contemporary images into her work and is well rounded in all mediums. Beckwith has exhibited at IMCPL, IUPUI, Indianapolis Arts Garden and a multitude of other places. Her current works oscillate between expressionistic realism, with innovative incursions into surrealism. Her digital creations synthesize a multitude of conceptual originalities, modifying imagination with technology to create maximum impact.

TripGear’s mission is to ignite in learners the passion for life-long character transformation through the global use of our artistic I-M.I.C.E. (Image Metaphoric Inspirational Character Encourager) and R3+R (Relate-Respect-Reason + Reality) mechanisms.

TripGear’s vision is to encourage learners to not passively allow culture to happen to them but to positively challenge and change culture.

TRIPGEAR exists to encourage and guide others in good personal character development. TripGear produces original art, stories and curriculum to enhance interpersonal skills and provide traditional and at-risk youth (K-12) with the tools to combat the influence of vulgar music and media, anti-social behavior, bullying, violence, and drugs. With these goals in mind, original art and story are combined to tailor-make a curriculum fitting the needs of participants. (Behavior 100 is the latest curriculum from TripGear.)

TripGear curriculums are innovative comprehensive character education systems, which combine the evolution of multiple instructional, artistic and social awareness methodologies. These methods were gathered from a history of effective programs that would one day lead to the formation of TripGear: Leadership by Example (1995), Steering Young Minds (1997, 1998) and Applications for Life (2003). The lessons learned from the collective impact of these holistic programs spurred the founders of TripGear to develop mentoring educational systems, with the intent of eradicating bullying, violence, drugs, and anti-social behavior while simultaneously building interpersonal, intrapersonal, and expansive character assimilation skills.

At the center of every TripGear curriculum are 2 key tools that maximize the value of our other components such as role play, and literature: I-M.I.C.E. (Image-Metaphoric-Inspirational-Character-Encourager) and R3+R (Relate-Respect-Reason+Reality). Each tool involves use of strong metaphoric imagery which lays out social issues visually before the learner’s eyes. These images are paired with other components such as models (see more about models) to targets particular issues in character and behavior. Learners are engaged in a visual understanding of the dynamics of interpersonal and intrapersonal relationships. The powerful interplay of vivid imagery coupled with models and other components operate as a “community compass” always pointing the learner in the right direction.Upon review and assessment of students, TripGear tailors a uniquely specialized curriculum package to the needs of the individual or collective (each group of 15 students).

Art and story (film, book, music etc.) are elements which inform culture. These elements are in some instances currently used to perpetuate a dangerous and destructive culture. TripGear’s goal in-part is to use those very elements of art and entertainment to counter the ugliness found in some of pop culture’s messaging.

A Closer Look at TripGear's Directive

Our programs have appeared in the following institutions:

TRIPGEAR is centralized from our location in Indianapolis, Indiana. We travel to institutions and administer our programs there for learners. Optionally, instead of having our staff personally administer the programs, we also sell our learning tools separately and can provide mentoring and training seminars to help you get the most out of our materials.